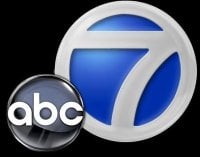 The University of Tennessee at Martin golf team was in 17th place after the first round of the 2011 Samford Invitational, Monday, at Limestone Springs Golf Club in Oneonta, Ala. Senior Jonathan Martin is tied for 37th in the tournament. He shot a 4-over-par 40 on the front nine and came back to shoot even-par on the back nine. Rounding out the top four Skyhawk golfers was Tyler Shellnut shot a 5-over par 77, while Bailey Childress shot 6-over par. Taylor Deming and Barton Hamilton both shot 11-over par. As a team, the Skyhawks turned in a 314. Central Arkansas leads the 18-team tournament field with a 274. Alabama‘s JV team is second with a 293, while Illinois State is third with a 295. Eastern Kentucky, from the Ohio Valley Conference, is fourth in the tournament with a 297. Among the other OVC teams participating in the tournament are Murray State, Tennessee Tech and UT Martin. The second round was suspended because of darkness after 14 holes. Golfers are scheduled to complete the second round and play a third round Tuesday.