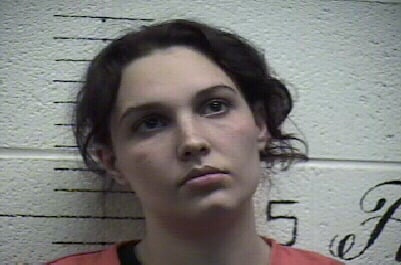 CROCKETT COUNTY, Tenn. – The murder trial for Molly Jane Roe was supposed to start Wednesday morning in Crockett County, but instead, Roe pleaded guilty to first degree murder. This was one of the biggest cases the city of Bells has ever seen. Bells Police Chief Roger Jenkins said it is one of only two murders they have investigated in the past 20 years, and mentally it is one of the hardest cases he has worked on. “I don’t know how I would handle something like that,” Chief Jenkins said. “As a law enforcement officer, if I had to handle another case like that, I think it would be time for me to retire.” On Wednesday, Roe pleaded guilty to killing her boyfriend’s 17-month-old daughter, Maleeya Murley, back in June 2011. Police said Roe raped and beat Maleeya, allegedly throwing the infant onto a table – hard enough that she later died from her injuries. “Vanderbilt (Hospital) said that was one of the worst child abuse cases that they had had,” Jenkins said. Police said Maleeya was abused inside a home on Greatest Cove in Bells, and officers went to see her in the hospital later that night. Chief Jenkins said seeing her in that condition was a terrible feeling. “Most of my grandkids are little girls, and Maleeya’s a little girl, and she kind’ve resembled some of my grandchildren,” he said. Many residents told WBBJ 7 Eyewitness News they believe Roe got what she deserved. “I feel so sorry for the family,” said Crockett County resident Sammie Epperson. “And her, you can’t feel sorry for something like that.” “That’s a 17-month-old baby,” said Haywood County resident Shantell Miller. “You know, the baby’s life hadn’t even started yet.” Chief Jenkins said he is thrilled the case is behind him, and glad justice has been served. Neither Roe’s, nor Murley’s family could be reached for comment. Roe’s sentence is life with parole, which means the 25-year-old must serve at least 51 years until she is eligible for parole.