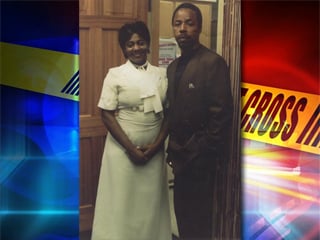 HUMBOLDT, Tenn. – A local family is asking the public for help tonight in solving the murder of 39-year-old Nora Ann Crawley. Her body was found June 1st , 2011 near the Madison County Landfill. Crawley’s family says her life seemed to be turning around. She had been sober for three years and the married mother’s life seemed to be back on track. Crawley was preparing for her son’s graduation party before her body was found . Nora’s mother, Kathryn Damper, says she heard on the news that a body was found, and even though she had just seen her daughter, she said dread filled her entire body. “When I heard they had found a young woman at a landfill something inside of me knew that was my child,” she said. The body was discovered by two men leaving the landfill along Aaron Long Road. Through fingerprinting, investigators positively identified the remains as those of Crawley. Her family says DNA of her attacker was also taken from the scene, but say that’s all they’ve been told by the Madison County Sheriff’s Department. “They took a grandmother, a mother, they took a daughter. All at one time, they just took it all at once,” her daughter Shanta said. The family says they were never told how Nora was killed. A funeral director told Nora’s mother, Kathryn, that her daughter had been shot in the head. “I think that is what’s haunting the whole family. There’s a haunting going on. We don’t know why someone would hurt her,” Kathryn said. Nora’s daughter, Shanta, was pregnant when her mother was murdered and became so affected, it caused her problems with her pregnancy. She says the only positive is her daughter, who she named “Nora” after her mother. “I think about her all day, everyday and it’s hard to live without my mom here with me,” she said. With a possible murderer on the loose, the family says they live in fear that they may strike again. “I feel that he’s still out there, and he’s going to look at me and see her and I hope it scares him,” Shanta said. The loss of Nora is something the family says they can never truly heal from, but say justice would help them to close this chapter of their life. “Even after she passed, I’d dial her number even after I knew she was dead. I dialed her number. I just wanted to hear her says ‘Momma,’ so I would dial her number practically every day, and it got so bad I just took her number number out of the phone,” Her mother said. Anyone with any information is asked to call the Madison Sheriff’s Department (731) 423-6000.