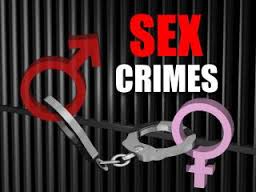 CAMDEN, Tenn. – In just the past two months Benton County has investigated almost as many child sex abuse cases as it did all of last year. Shaleigh Anderson lives in Benton County and said as a mother she worries everyday about her children when she is away from them. That is why she has taught them specific guidelines to live by. “No one can look at me, no one can touch me, and we don’t keep secrets,” Gracie Anderson, 4, said. Because momma says so.” Anderson’s fear is a reality for too many parents. The Exchange Club Carl Perkins Center for the Prevention of Child Abuse said since June Benton County has reported 14 child sex abuse cases. In all of 2012 there were 16. “You’re not with them all the time so you can’t protect them all the time, it’s scary!” Anderson said. Catherine Herrera of the Carl Perkins Center for the Prevention of Child abuse said for both Benton and Henry County , sex crimes against children have gone up. Sheriff Tony King said most of the time children know their attacker . “Talking with my Investigators we’ve had backed up as many as ten cases,” Sheriff King said of the sky rocketing number of cases. Sheriff King said all tips on child abuse are investigated and in some cases children are removed from home immediately. He said the seriousness of each and every child abuse case weighs on his whole department. “There’s a lot of good families here in the community and bad things happen to good families and good people. I just think it’s a bigger burden to have parents to pay attention,” King said. That is why he encourages parents to really talk to their kids. He said it is the best way to protect them. “Do it early don’t wait till your child’s a teenager. The younger they are the better it is to let them know no matter what nothing is gonna affect how much you love them,” Anderson said. The Carl Perkins Center says for Benton County the majority of child abuse crimes are sex crimes, followed by meth or other drug related child abuse. Sheriff King warns if a person knows of a child being abused and does not report it they can be held criminally responsible.