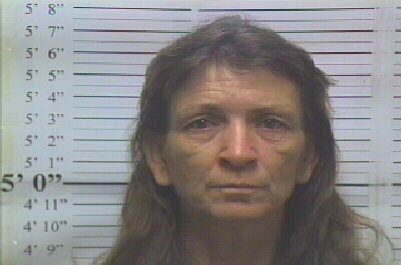 WEAKLEY, Co. Tenn.– Investigators from the Weakley County Sheriff Department arrested two people in connection with an aggravated burglary last Friday. Patricia Jean Wecker, 49, was arrested with aggravated burglary and theft over $1,000. Wecker was caught near a Whitlow Road home that had been burglarized. At the time of her arrest, she was found to be in possession of some of the items items taken from the Whitlow Road home. Marvin Glenn Borden, 53, was arrested and charged with filing a false report in connection with the same case. Investigators showed him a picture of his son that was found on a cell phone left at the scene and Borden denied knowing the person. Borden also listed 362 Old Salem Road as his residence.