Two Dreams in One for JCM’s Williamson 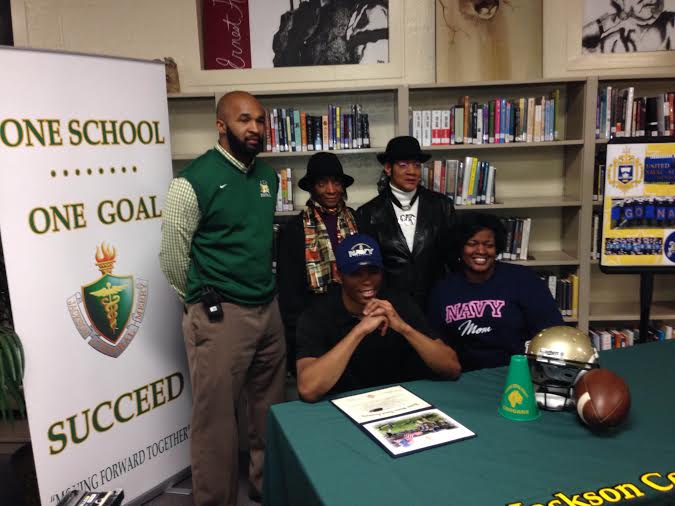 JACKSON, Tenn. – One of the most important days for high school football players turned out to be a simple choice for D’Vondre Williamson. “I was already planning on going to the Marine Corp,” Williamson said. “It feels good. Every kid dreams about signing and putting on that hat.” Williamson, a receiver for Jackson Central-Merry, officially signed a letter of intent to play at Navy on Wednesday. Williamson’s interest was first sparked during the end of his junior season. “I think I got the most interest from them,” Williamson explained. “We stayed in contact and took it from there.” What separates Williamson from other recruits is he excels off and on the field, according to first year head football coach Orentheus Taylor. “I talk to kids all the time about not only being an athlete, but being a scholar athlete,” Coach Taylor said. “D’Vondre is an example of where we’re heading towards here.” Despite Wednesday’s spotlight on Williamson, the senior says his signing is a feat for both his teammates and JCM. “A lot of great players came from this school,” Williamson said enthusiastically. “If I accomplish something, I feel like my team accomplished it.”