Third Man Could Be Indicted in Bobo Murder after Helping Investigators 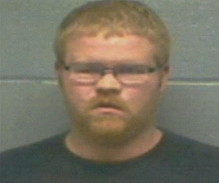 DECATUR COUNTY, Tenn. — Court documents name a possible third man in connection with Holly’s death and disappearance. Nearly 50 pages of court documents filed by Shayne Austin’s attorney spell out a reported connection between him and Holly Bobo’s alleged kidnapping and killing. The documents say Austin is fighting an impending indictment, and Austin’s attorney said he is entitled to immunity for his cooperation in the investigation. David Marburger said his niece was friends with Austin in high school. “My niece says his parents are really good people and she’s very surprised that there is any involvement,” he said. Marburger said his niece describes him as a “good guy.” “He would spend the night at her house and seemed to be carefree, very happy, kind of a ‘jokester’. Always addressed my sister as ‘yes ma’am’, ‘no ma’am’,” Marburger said. According to court documents, Austin entered an immunity agreement with Assistant District Attorney Beth Boswell in March. It states he was supposed to provide investigators with information in exchange for immunity from criminal charges in Holly’s case. “I think for anyone that has helped bring about these indictments to get to the truth, I think the community as a whole is grateful,” Marburger said. But an email from the Assistant District Attorney to Austin’s lawyer Luke Evans on March 27 said Austin was not truthful with investigators. Boswell’s email reads in part: “The immunity agreement signed by you, me, Austin and Russ Winkler with the Tennesee Bureau of Investigation is null and void and Shayne Austin will not be given immunity for any charges arising from the investigation.” “The officials had an agreement deal with him. They’re the experts, they know what they’re doing,” Marburger said. WBBJ reached out to the Districts Attorney’s office and Austin’s attorney for comment, but did not get a response from either party.