Family Friend Speaks Out After Arrest in Cold Case Murder 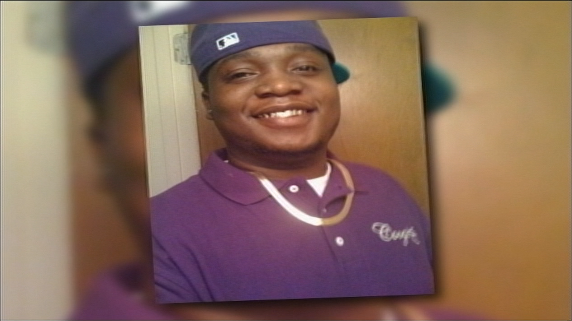 EAST JACKSON — The family of a man, killed in cold blood, said they feel like they may have finally found justice. For more than a year and a half, Devon Staten’s murder has been a cold case. Things recently warmed up when police arrested 21-year-old Craig Taylor on Tuesday. Curtis Leach, a family friend, said he is praying for justice in his neighbor’s apparent murder. “When you do wrong, wrong follows you and when you get caught you gotta pay for what you did,” Leach said. In November of 2012, police say Staten was gunned down when he ran outside to protect his girlfriend during an armed robbery. Investigators said in an exchange of gunfire, he was shot by a masked gunman. Leach remembers how close Staten’s family was and how they were devastated by his death. “He respected his grandmother 100 percent. He respected his family, they were a loving family,” Leach said. This week, police found DNA evidence from the gunman’s mask linking Taylor to the crime. Police charged him with felony murder and attempted armed robbery of his girlfriend. Leach said every time he hears of a shooting in Jackson, he thinks of Staten. “They’re just doing it like it’s a game. It’s like fun to them, they don’t have anything else to do but take someone’s life,” Leach said. Staten’s grandmother tells WBBJ she is glad to see someone behind bars. “Every year brings back pain and there’s not too much you can do about that. Just turn it over to God, let them work it out,” Leach said. Leach said he suspects the man who shot Staten did not act alone. “What goes around, comes around and I’m so glad they caught him and you never know if there is still somebody that was involved with them,” he said. Jackson police said they investigation of Staten’s murder is still ongoing.