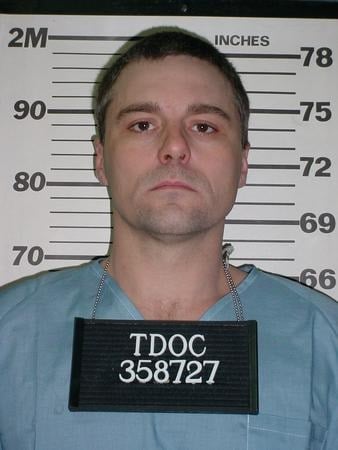 DECATURVILLE, Tenn. — Jason Autry, one of the men linked to kidnapping and killing Holly Bobo, appeared before a judge for a status hearing, Wednesday. On his way into the courtroom, Autry tossed a small white piece of paper to the ground, saying he has a message for the media. The police quickly confiscated it. Once Autry arrived in the courtroom, Judge Creed McGinley advised Autry not to pull an act like that again. “I suggest to defendant that he has afforded many constitutional rights, one of which is a right to remain silent,” Judge McGinley said. “Perhaps if we could meet with him face-to-face and he could pass us papers personally he wouldn’t be dropping them on the ground outside court appearances,” Fletcher Long, Autry’s attorney, said. Long asked Judge McGinley for a chance to meet with his client face-to-face, which was denied. The judge discussed future hearings before his trial begins in December. He also told the courtroom he knows of “mountains of materials” obtained from Autry in the state lab being DNA tested. “I’m fully cognizant there is voluminous discovery,” Judge McGinley said. Autry’s attorney is not convinced that is true. “Sometimes when the government hits you with an evidence drop that’s really an indication of how little evidence they have,” Long said. Holly Bobo’s mother, Karen, said she’s frustrated after Wednesday’s court appearance. She said she hardly hears her daughter’s name in court anymore. “Evidently it’s been their plan. Let’s get the focus off justice for Holly and on this circus and sideshow and that’s why I’m asking people to get back to what this is truly about,” Karen said. Despite her frustrations, Bobo said she has not missed a hearing for any of the suspects in her daughter’s disappearance and death and does not plan to in the future. “Our presence is for Holly, our voice is for Holly and my daughter deserves that and we’ll be here all the way,” she said. The judge set Autry’s trial date for December 17. Jason Autry and Zach Adams have both been indicted on counts of especially aggravated kidnapping and first degree murder of nursing student Holly Bobo.