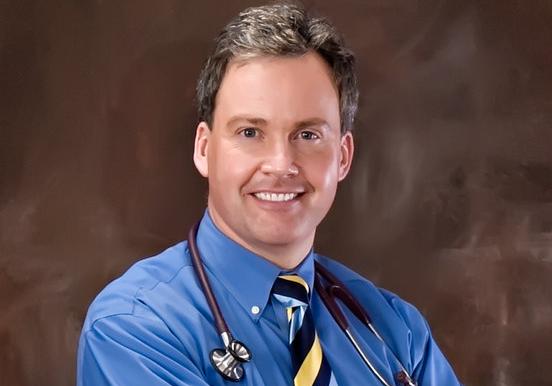 SOUTH JACKSON — Patients stand in support of nurse practitioner John Michael Briley after he surrendered his state nursing license amid accusations he abused narcotics while on the job. Shawn Williamson said he supports Briley. “Very professional, very friendly, just a great guy,” Williamson said. Williamson said visiting Briley at Primary Care Specialist South was like visiting a friend. “I never expected anything of what was going on,” he said. “He always treated me like I was family.” Last week, Briley voluntarily surrendered his state nursing license. Documents filed by the Tennessee Board of Nursing said beginning last year, Briley wrote prescriptions in other people’s names for addictive drugs such as Zutripro, a combination of hydrocodone and pseudoephedrine. “I was shocked,” Williamson said. “You know it happens all, to a lot of people, so I guess he’s doing the right thing and he’s taking the proper procedures to fix it.” The documents state at least 50 pint-sized Zutripro bottles were seen in trash cans around his office. They also said Briley was seen forging doctor’s signatures and offering his employees “cocktails” or small cups of medicine. Patients such as Williamson said they still trust him. “He’s good at what he does. He’s in that profession for a reason,” Williamson said. “You know everybody makes mistakes, you can also be forgiven and move on.” In April, the files said his family and co-workers staged an intervention. The documents also said Briley began behaving erratically in the office last year. Attempts by WBBJ 7 Eyewitness News to reach Briley for comment were unsuccessful. However, a person posting under his name on his Facebook page has responded to an outpouring of support and has liked posts from others as recently as Wednesday evening. Briley made this post Tuesday at 7:59 p.m. It says in part, “we want to thank everyone for your concern and support” … “it is unfortunate that a concerted effort continues by a few disgruntled former employees” … “let it be known that we will always take the high road and we refuse to lower our standards to match those of our detractors.” At last check, about 100 people had “liked” the post and about 30 had left comments.