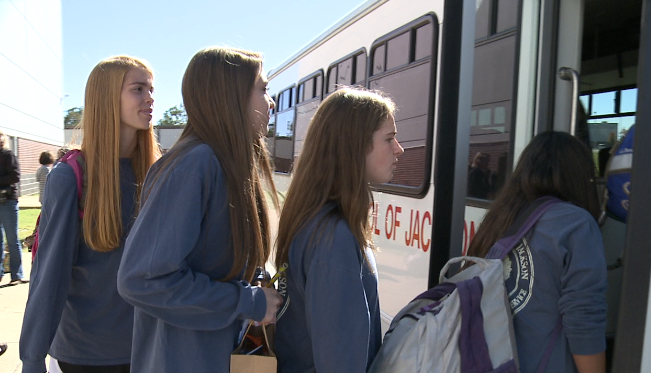 NORTH JACKSON — University School of Jackson’s girls soccer team is officially off to Murfreesboro. The Lady Bruins were greeted by friends and family Thursday before they hit the road. Friday, USJ plays University School of Nashville for a spot in the state championship game. Head coach Paul Conway says his team is well experienced. “We have seven seniors,” Conway said. “They’ve won two state titles, so this is a group that has experienced the highs of winning it.” The Lady Bruins are looking for their third state championship in five years. Their last title was in 2011.