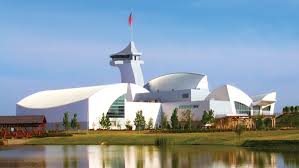 UNION CITY, Tenn.- Attendance for the museum described by some to be a “mini Smithsonian” for West Tennessee has surpassed even some of the wildest expectations. Discovery Park CEO Jim Rippy said nearly 270,000 people have visited the museum in its first year. The park, which opened one year ago this Saturday, hosts several galleries teaching students about subjects like science, history, and art. Park officials said attendance could hit 300,000 by the year’s end.