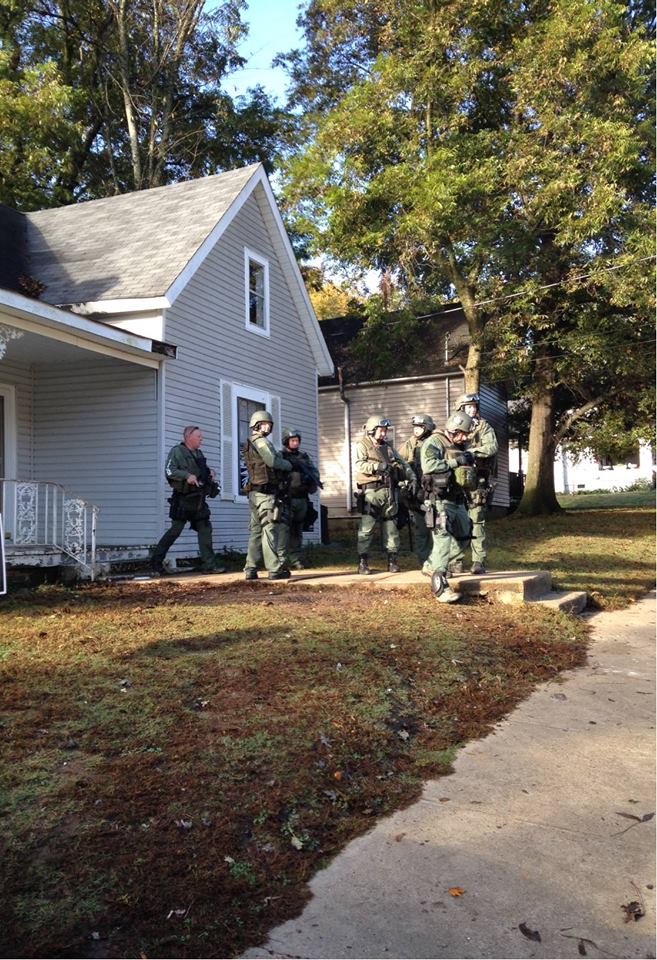 DYERSBURG, Tenn-Police in Dyersburg said they have taken a drug dealer off the streets, but the suspect’s wife said the officers’ approach was too aggressive. “I’m hurt that I’m not there with my family, but I’m hoping that I will be back there with my family,” said Kenny Charles Vaughn through a phone call from the Dyer County Jail. He was arrested Wednesday morning, accused of dealing drugs. Officers stormed his home, his wife Jackqulene Vaughn said it was terrifying. “The door was closed, but we were up. If they would’ve knocked they would’ve gotten in the same way. Cause they had a search warrant, we would’ve had to let them in either way,” said Jackqulene Vaughn. Vaughn was arrested on charges of having and selling drugs. Captain Mark Moody, of the Dyersburg Police Department, said Vaughn has been in trouble before. According to the police report, officers said they seized large amounts of drugs and money. They said Vaughn is not employed, and that he has been a target of an investigation into the illegal sale of narcotics. Vaughn’s wife said that police threw a smoke bomb through the window that could have hit their two-year-old cousin who was spending the night. “We had a two-year-old child inside this house and y’all throwing bombs through my kids window,” said Jackqulene Vaughn. She said their own 3 sons were not in the home at the time, and that the two-year-old was scared but not injured. Vaughn was scheduled for an arraignment Friday morning.