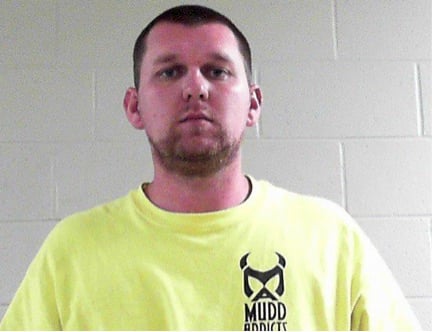 DOWNTOWN JACKSON — A Jackson police officer is fired this week after being indicted by grand juries is McNairy and Chester counties. The indictments against Blake Huckabee, 27, of Selmer, involve alleged insurance fraud. His uncle, Jimmy Baird, 37, of Bethel Springs, is also implicated in the suspected crime. “Obviously an officer enforces the law, and we’re not above the law, so it’s taken very seriously,” said Maj. Thom Corley with the Jackson Police Department. “Integrity is a paramount characteristic.” According to the Tennessee Bureau of Investigation, agents took on the case at the request of District Attorney Generals Mike Dunavant and Jerry Woodall. The investigation began on June 26. In December of 2013, agents said Huckabee filed a report with the McNairy County Sheriff‘s Department saying his truck had been stolen. He was paid a claim by his insurance company. Agents learned earlier this year the vehicle was in the possession of Baird. However, they said the truck’s VIN plate had been altered. At the time of the discovery of the vehicle, Baird resided in Chester County. Before working for Jackson, Huckabee worked for the Selmer Police Department for six years, according to personnel records. Residents who know Huckabee say they are surprised but that there is no excuse for his actions. “When he puts that uniform on, he’s supposed to uphold the law and do the correct thing, and he did wrong, so wrong is wrong,” one resident said. On Oct. 13, the McNairy County grand jury indicted Huckabee on one count of filing a false report. The Chester County grand jury indicted both Huckabee and Baird on charges of filing a false or fraudulent insurance claim, possession of a vehicle with altered serial number and tampering with evidence. Huckabee turned himself in Wednesday and was first booked at the McNairy County Jail and later transferred to the Chester County Jail. He remains in custody in lieu of $10,000 bond. Baird turned himself in Thursday at the Chester County Jail. As of Thursday evening, his bond amount was undetermined.