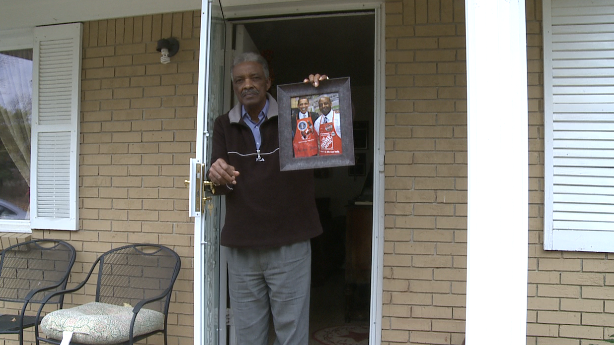 BROWNSVILLE, Tenn–Marvin Ellison is officially the newest President of JCPenney. His father Ivory Ellison said he is proud. “Beautiful feeling. We’re very proud of him. His mother is in heaven shining right now,” said Ellison. He said before Marvin became the businessman, he was a member of the family band. “We sung gospel. We traveled from Mississippi to Michigan. We went everywhere.” said Ellison Ivory Ellison is the voice of the gospel segment for a Brownsville radio station. It was during one of the radio’s appreciation days his son told him the good news. “He said ‘I’m the C.E.O. of JCPenney and President.’ I said what you say?”said Ellison laughing afterward. His father said, Marvin calls twice a week and tries to visit every two months. Paula Edwards was one of Marvin’s teachers while he was at Haywood High School. “I think it just gives a lot of hope to all of the other kids that come from our area. Small town, small rural area to know that if they work, that if they want something bad enough, they have the ability to achieve that,” said Edwards. Achievements Ivory said Marvin’s mother, who died almost two years ago, would be proud of. “He says ‘I know mama proud right now,’ I said I know she is boy,” said Ellison. According to the Washington Post, Ellison is now the president of JCPenney, but he will not officially be the CEO until next year.