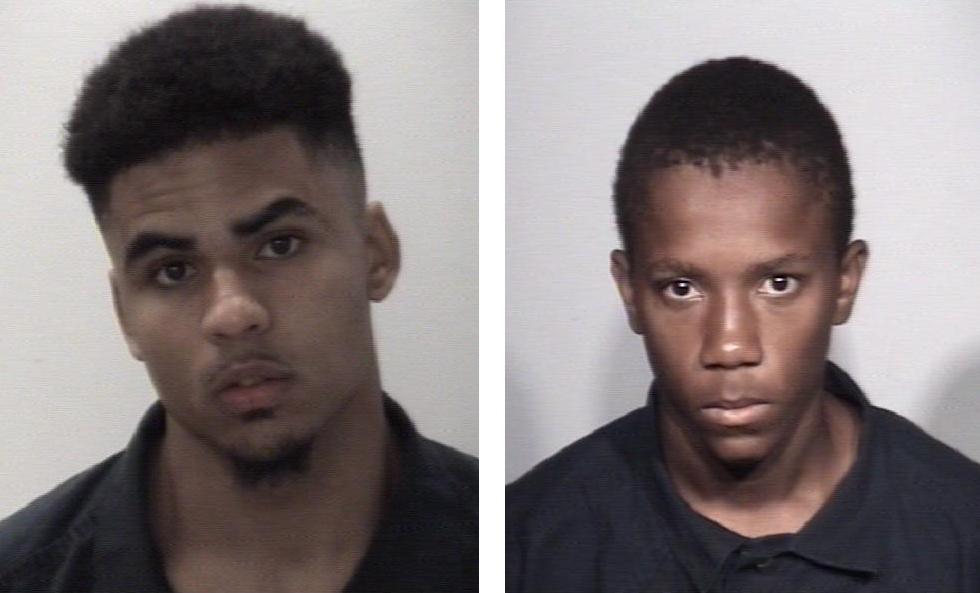 DOWNTOWN JACKSON — Jackson police have charged two adults and a juvenile in a Thursday home invasion and shooting that injured a 14″year”old male and sent two nearby schools into lockdown. Police say Daron Thompson, 18, of Jackson, shot the victim. He is charged with aggravated burglary, attempted first”degree murder and employing a firearm during the commission of a dangerous felony, according to a release from the Jackson Police Department. Nathaniel Walker, 18, and a 17″year”old male suspect, both of Jackson, are charged with aggravated burglary, aggravated assault and employing a firearm during the commission of a dangerous felony, according to the release. The District Attorney General’s Office will seek to have the juvenile tried as an adult, the release states. About 12:20 p.m. Thursday, officers were called to a shooting at a house on the 600 block of Whitehall Street where they found a 14″year”old victim had been shot in the side, police have said. Interim Police Chief Julian Wiser said Thursday that officers already were in the area, which allowed for the fast capture of the suspects. Two adults and two juveniles were detained shortly after the incident and held for questioning. Police say the two adults, Thompson and Walker, and one of the juveniles were involved. The second juvenile was questioned and released without charges. The gunshot victim was transported by ambulance to Jackson”Madison County General Hospital where he was treated and released, according to the release. Investigators learned that Thompson, Walker and the 17″year”old suspect kicked open the back door to the house, found the victim hiding and confronted him, according to the release. Police say the 17″year”old suspect pointed a handgun at the victim and then handed the gun to Walker who then struck the victim in the head with the handgun. The three suspects then left out the back door. The victim went to close the door after he thought the suspects were gone. Thompson, who was standing on the back porch, then shot the victim, according to police. Thompson and Walker remain in custody at the Madison County Jail and will have bond set on Saturday morning. A formal arraignment is scheduled for 8 a.m. Monday in Jackson City Court. The 17″year”old suspect remains in custody at the Madison County Juvenile Detention Center. A hearing date in juvenile court has not been set.