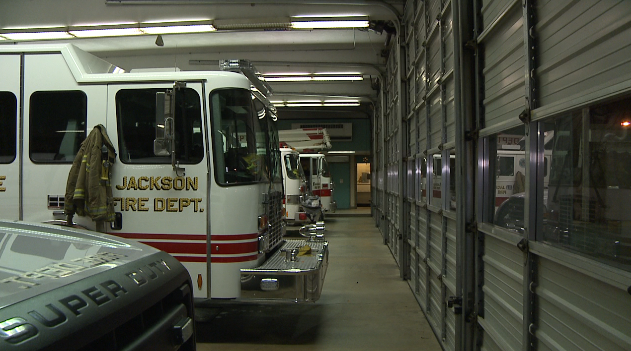 JACKSON,Tenn.– With the colder temperatures outside more people are turning on their heaters and gas stoves, which brings in the potential danger of carbon monoxide poisoning. Local firefighters said hearing the sound of one of those monitors should always end with a call to a fire station. “Always call 911. Always call the fire department. Carbon monoxide is that silent deadly killer,” said Captain Wemond Graham of the Jackson Fire Department. He said people shouldn’t think of carbon monoxide runs as false alarms only faulty monitors. “The detector could be faulty, but we need to check that because the detector is doing something for you that you can’t taste that you can’t smell, you can’t see. So we need to check it with our meters,” said Battalion Chief Johhny Brantley. Captain Graham said that when they’re called out for carbon monoxide they do a through search of the location. “We’ll walk all the way through the residence checking high and low spots, even attics and basements,” said Captain Graham. He said they received about 20 false alarms for carbon monoxide detectors. The Battalion Chief said carbon monoxide is too deadly to be taken lightly. So, they treat every call with urgency. “High levels of carbon monoxide could kill you in minutes. I mean it’s a very deadly toxic gas,” said Battalion Chief Brantley. Captain Graham agreed and said going out to these false alarms is still a way to prevent potential future incidents. “Once we realize it’s no real carbon monoxide threat, we check the detector. We check the batteries, and once we replace the batteries the home is safe for the resident to go back inside,” said Captain Graham. The Jackson Fire Department said this time of year is usually when they start to see those carbon monoxide calls increase.