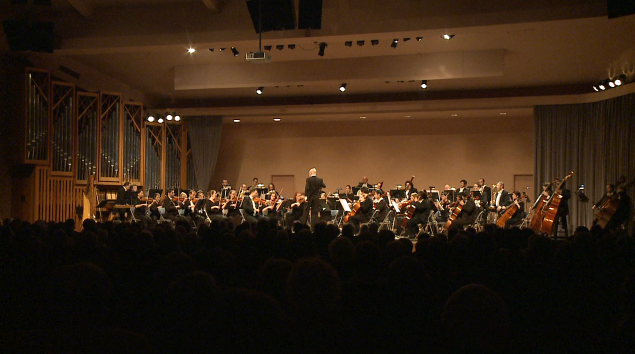 JACKSON, Tenn. — The Jackson Symphony entertained West Tennessee Saturday night by taking them to Old Vienna. The concert was held on Union University’s campus and featured pieces by the Strauss Family, including famous pieces like “Gypsy Baron Overture”, and “The Emperor Waltz”. The concert was conducted by Peter Shannon, who took the helm of the Jackson Symphony earlier this year.