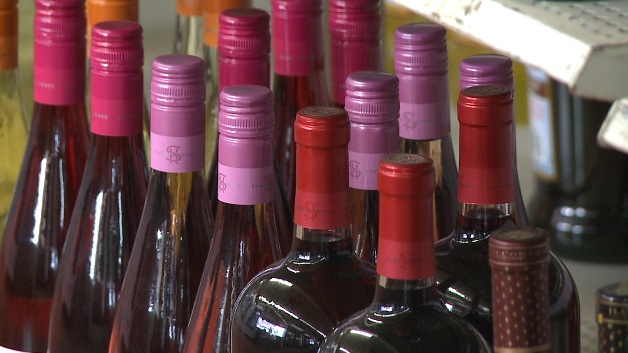 DOWNTOWN JACKSON — Voters have approved a ballot measure to allow the sale of wine in Jackson supermarkets 64 percent to 36 percent, according to poll results. The Red White and Food Campaign worked to get nearly 263,000 signatures statewide to get the measure on the ballot. To do so, the cities and towns had to have existing liquor laws and collect petitions with 10 percent of voters who voted in the last gubernatorial election. Wine in grocery store referendums also passed in McKenzie, Dyersburg, Savannah, Paris, Union City and Martin. McKenzie passed 59 percent to 41 percent. Dyersburg passed 61 percent to 39 percent. Savannah passed 54 percent to 46 percent. Union City passed 62 percent to 38 percent. Martin passed 67 percent to 33 percent. Voters said this decision wasn’t easy. “It was tough because they already sell beer in the grocery stores,” Wanda Perry who voted no on the referendum said. “Sometimes there is the issue of convenience that they may, but I think if you really want it for an event or something you’re going to go get it where it’s already being sold,” Perry said. Sheila Cross disagrees. She voted yes for the convenience factor. “A lot of people are near a grocery store or a convenient store more than a liquor store so time consuming you get your grocery and your wine at the same time,” Cross said. Those against the measure worry about increasing access to those under 21, but Cross disagrees and said Tennessee needs to ‘get with the times’. “You’re supposed to show ID regardless of where you buy alcohol so I don’t think that’ll be a factor,” Cross said. Supporters in Jackson said this will be a more convenient way to buy wine. “I think it’s a great thing because it’s a one stop for everyone so when you’re out on the weekends you want some wine or something you need to go to the grocery store get your bottle of wine and go home and just relax,” Earnest Pearson said. In the areas where the measure passed retail grocery stores will be able to start selling wine in July of 2016.