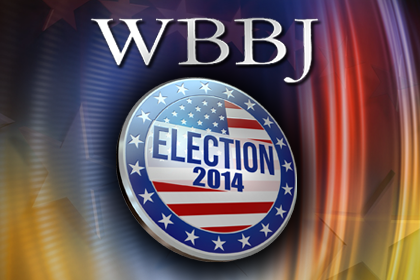 JACKSON, Tenn. — Voters gathered, Tuesday, to punch the machine and cast their ballot. Jackson residents had the chance to vote on four amendments for perhaps the most controversial, Amendment One, had voters split. “I know it doesn’t necessarily get rid of abortion but I mean even with him I don’t see how you could justify any thing that would help out with abortion,” Isaac Brooks said. Voters like Carlos Henning disagree. “I voted no and the reason I did is I think that is a decision that need to be between a female and her doctor,” Henning said. Voters who chose “Yes on 1” voted in favor of the state’s rights to pass protective measures for abortion clinics in Tennessee. A vote for “No” would keep the rules where they are now. Amendment Four was also at the center of the debate for the November election. Voting “Yes” would help veterans raise money through fundraising. “Like the disabled vets, VFW, there are probably a number of other organizations that would be able to have lotteries and things of this nature,” Henning, a veteran, said. Those who voted “No on 4” said gambling is against their religion. “I voted no because it’s against who I am as a person,” Ardazia Boyle said. Amendment Two has to do with how judges are chosen. If passed, it would allow voters to replace judges at the end of their term. Amendment 3 is about changes to state income tax. Obviously, Tennesseans do not pay state income tax and, if passed, it would put a ban on state income tax.