Officer and suspect identified in shooting 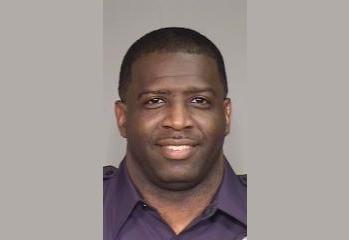 JACKSON, Tenn. — The Jackson Police Department has identified both the officer and the suspect who were involved in a fatal shooting late Thursday afternoon. According to investigators, Officer Raymond Bond shot and killed Cinque D’Jahspora, 20, of Jackson, after D’Jahspora allegedly attacked and stabbed him, at the Timberlake Estates in east Jackson. Jackson Police said Officer Bond was one of several officers dispatched to the apartment complex on North Parkway around 4:30 p.m. to investigate a man causing a disturbance. When Officer Bond arrived to the area, he observed a man, now identified as D‘Jahspora, on the side of the road, who matched the description provided by the caller reporting the disturbance, according to investigators. Bond got out of his patrol car to investigate and was immediately attacked and stabbed by D’Jahspora, who he then shot, according to Jackson Police. Ambulance crews transported D’Jahspora and Officer Bond to Jackson-Madison County General Hospital. D’Jahspora was pronounced dead at the emergency room. Officer Bond was treated and released, according to Jackson Police. D’Jahspora’s body was taken to the state Medical Examiner’s Office in Nashville for an autopsy. “Officer Bond was placed on routine, paid administrative leave, pending the outcome of our investigation,” said Interim Police Chief Julian Wiser. Officer Bond has been with the department since 2010.

Advocate against polio speaks in Jackson