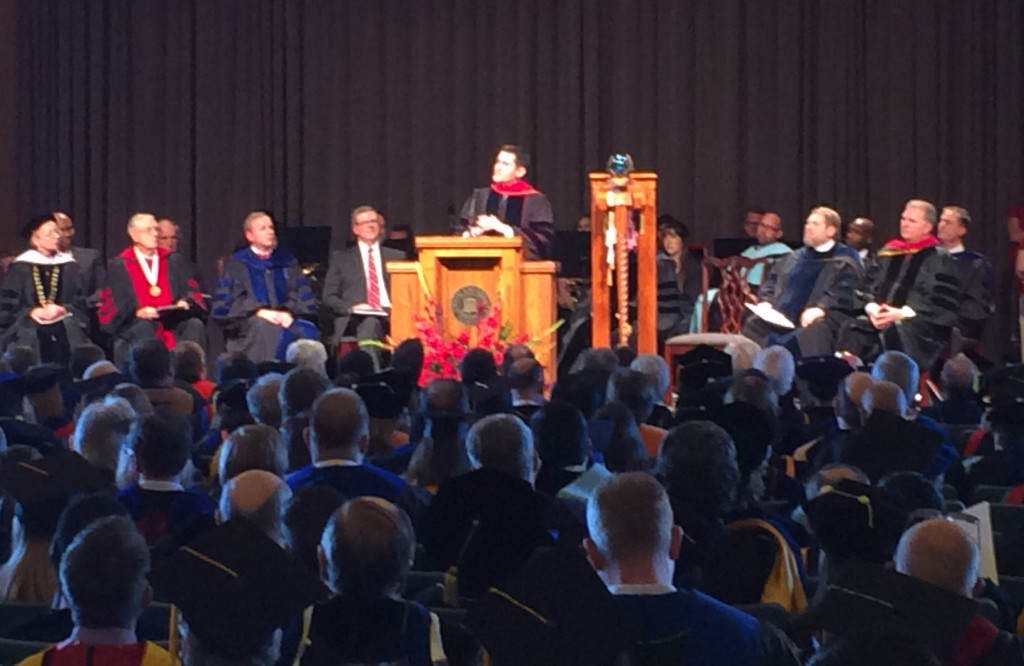 NORTH JACKSON — Union University inaugurated a new president Friday. Samuel W. “Dub” Oliver officially became the university’s 16th president during a ceremony in G.M. Savage Memorial Chapel. Oliver was unanimously selected as Union’s president in February and began in that role in June, according to a release from the school. Oliver previously served as president of East Texas Baptist University before assuming the Union presidency, according to the release. Prior to his position at ETBU, he served in several leadership roles at Baylor University, including vice president for student life. Oliver received a bachelor’s degree from Baylor and a master’s and doctor of philosophy degree from Texas A&M. He and his wife, Susie, have one daughter, Callie.