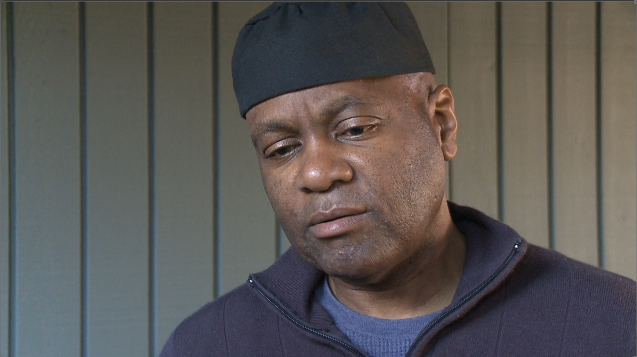 JACKSON, Tenn. — The father of the man killed during an officer-involved shooting shares his story, explaining why he wants answers in his son’s death. L’Sana D’Jahspora said his son kept to himself, barely leaving their East Jackson condo. That is why he cannot believe what happened Thursday. “That’s my son,” L’Sana said. “That’s my only son.” Jackson police say Cinque D’Jahspora, 20, was shot and killed Thursday by Officer Raymond Bond after Cinque attacked him with a knife. “He was definitely not one to initiate the kind of altercation that they’re talking about,” his father said. L’Sana describes his son as quiet and smart, pursuing a career in video game design and never one for confrontation. “He was very introverted,” L’Sana said. “My son actually doesn’t go out very much. So that’s a rare thing in and of itself.” Medical documents obtained by WBBJ 7 Eyewitness News showed Cinque was shot in the back by Bond with no exit wound. “Shot in the back,” L’Sana said. “This is a person that was moving away from whatever was going on, trying to get away. I know my son. That’s his nature to get away from something like that.” Interim Jackson Police Chief Julian Wiser said he was unable to release details about the ongoing investigation. He said in a statement: “Multiple witnesses observed this incident, which was also caught in its entirety on a patrol car’s dash camera. All of this evidence will be released at the conclusion of the internal and DA’s investigations.” “All my life, I’ve been committed to standing up and being there for my son,” L’Sana said. “Now, in this moment where he can’t, I’m going to be there.” D’Jahspora’s body is in Nashville awaiting an autopsy. Bond is currently on routine paid administrative leave. A copy of Bond’s personnel record shows he has had a few conduct violations. On July 24, 2012, Bond is accused of misconduct with rules and regulations after he reportedly did not have his body microphone turned on during a call. On the same call, he was accused of asking a suspect to operate their vehicle in a manner which is “in violation of the law.” According to the documents, the driver spun the car’s rear tires, losing control and crossing into oncoming traffic. In 2013, Bond was also suspended for 10 days without pay.