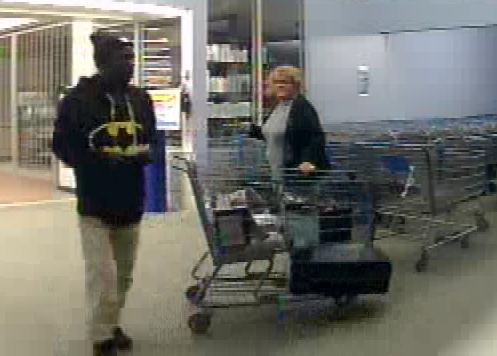 SOUTH JACKSON — Police are looking for a man who tried to leave Walmart without paying for a shopping cart loaded with merchandise, according to the Jackson Police Department. About 9:30 p.m. Friday, a black male attempted to push a shopping cart with $537 worth of merchandise out of the Walmart in South Jackson without paying for it, the report states. When the man was stopped by Walmart personnel, he fled to the parking lot and left in a light-colored compact vehicle, the make and model of which is not known. The man was wearing a black Batman hoodie, tan pants, black shoes and a black toboggan, according to the report. If you recognize the man in the image, call Crime Stoppers at 731-424-TIPS (8477).