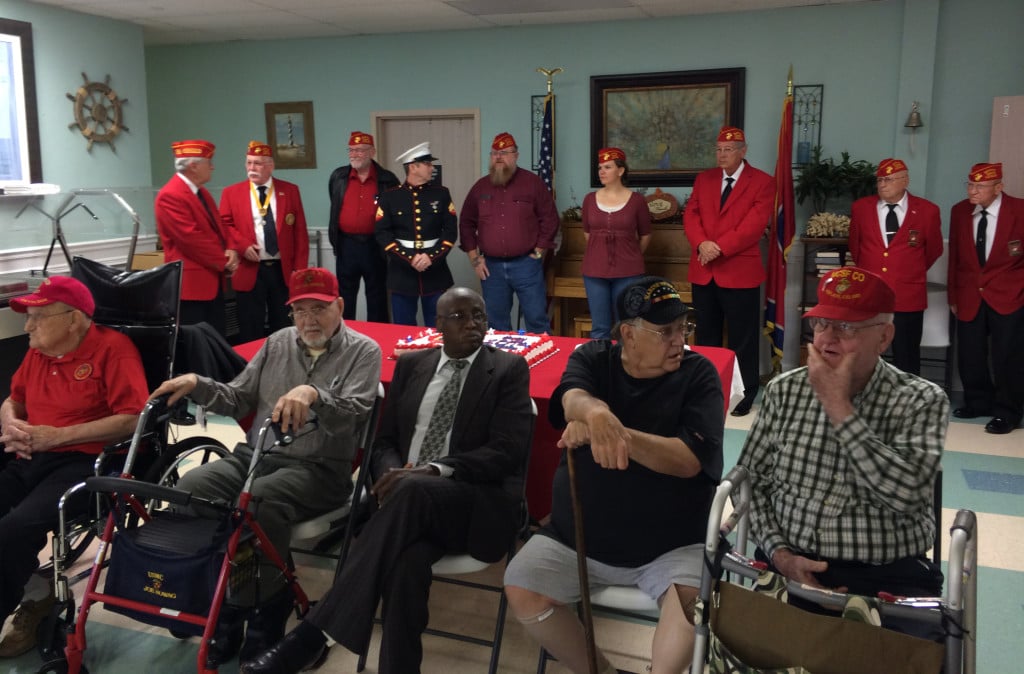 HUMBOLDT, Tenn. — Around the world, Marines celebrated the 239th United States Marine Corps Birthday on Monday, and here in West Tennessee, one group took time to serve some of their own. Marines from the Captain Jack Holland Marine Corps League of Jackson celebrated the birthday by serving cake to Marine Corps veterans at the Humboldt Veterans Home. U.S. Marines all over the world take time to participate in the time-honored United States Marine Corps Birthday tradition. “It’s something every Marine responds to every year,” said Maj. Darryl Nowac, retired U.S. Marine. “We don’t care where you are in the world. Marine Corps birthdays are just something sacred.” Marines representing service in six wars spanning more than eight decades were on hand for Monday’s celebration.