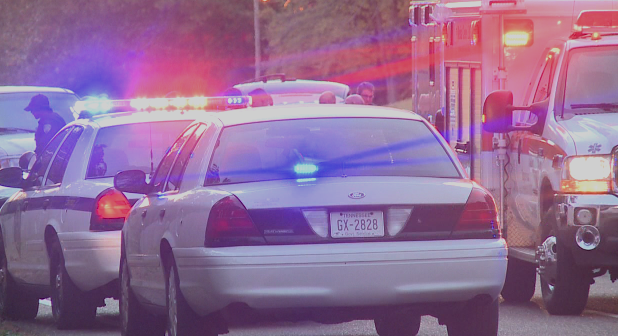 JACKSON, Tenn. — The family of the man shot and killed by a Jackson police officer demands answers. According to a letter, Interim Jackson Police Chief Julian Wiser requested the Tennessee Bureau of Investigation perform an independent investigation. “I just want answers,” said Michelle Curtain, the suspect‘s mother. “That’s all. I just want answers.” The family of Cinque D‘Jahspora piled onto the doorstep of the TBI office Monday to file a formal request for an independent investigation into his death. Curtain said D‘Jahspora was her only child. “No mother ever wants to have to stand here and have an interview about their baby being shot in the back,” she said. Jackson police said Officer Raymond Dewayne Bond shot D‘Jahspora on Thursday after the 20-year-old stabbed him. According to a letter addressed to the district attorney general, Interim Chief Wiser has requested an independent investigation by the TBI. “My son is not a criminal,” said L‘Sana D‘Jahspora, the suspect‘s father. “Cinque is the last person that’s gonna be going aggressively after cops.” In a separate letter, the attorney general requests items submitted to the TBI Crime Lab be tested as soon as possible. D‘Jahspora‘s family hired attorney Christopher Chestnut of Atlanta. “We’re just asking questions, and we’re having difficulty getting straight answers,” Chestnut said. Chestnut said they have not seen dash camera video from the incident, leaving more questions for a family desperate for answers. “I wish this was just a nightmare and that I could wake up tomorrow and my child was still here with me,” Curtain said. Jackson police said the video will be released at the conclusion of the investigations. In response to the chief‘s request for an independent investigation, Chestnut said this is what should have happened all along and that they are glad it is happening now. Chestnut said D‘Jahspora‘s funeral arrangements have not been finalized.