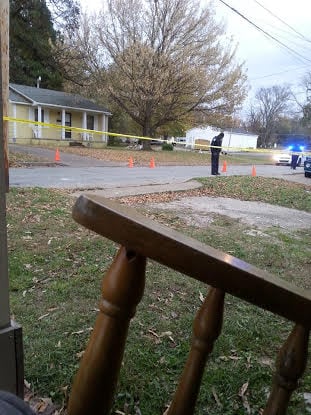 BROWNSVILLE, Tenn. — In just three days, five shootings have occurred in Brownsville. The latest happened Tuesday morning near the corner of Reid and Tyus streets. Police arrested one man Sunday, the day the shootings began, but no one else has been taken into custody. “We keep asking the questions, ‘Where does it stop?’ ‘How much bloodshed?’ ‘How many people have to be arrested before we say ‘This is senseless.’ ‘This doesn’t make any sense,'” said Brownsville Mayor Bill Rawls. He believes the shootings are not random and are retaliation for previous gun violence. The mayor said it is unclear if these retaliation shootings are gang related. Police said the man fatally shot on Sunday, Tereon Taylor, was still recovering from a separate shooting that happened in August. So far, officials have no suspects in that case. “There were very limited witnesses,” Rawls said. “He was shot from outside the house, into the house, and it was in a dark alley. It was impossible to get a visual on who actually did the original shooting.” Residents on Reid Street said they are afraid to be in the middle of the rivalry. Danny Roberson said the Tuesday gunfire erupted right in front of his house. Residents said the victim was driving down the street when a man started chasing him, firing several shots. This was just yards away from where Sunday’s fatal shooting occurred. Roberson said he was getting ready for work when he heard gunfire. “About 15 minutes later, the police were over here roping everything off, and I guess marking up the crime scene,” Roberson said. Rawls said the only way to stop this violence is through the people of Brownsville. “I have full confidence in the police department to solve theses crimes,” Rawls said. “But we need the community and everybody to get involved, to come forward with valid information about what goes on.” If you have any information that could help investigators, contact the Brownsville Police Department at 731-772-1260 or Brownsville Haywood Crime Stoppers at 731-772-CASH (2274).