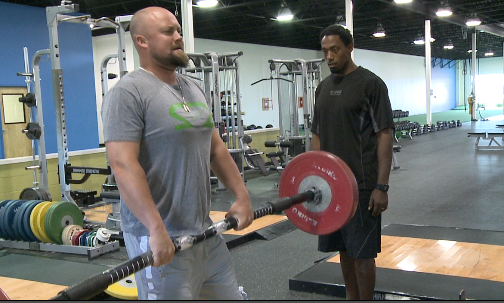 JACKSON, Tenn. – Casey McGehee proved all season long why he’s the National League’s Comeback Player of the Year. “Definitely an an honor. At the same time, something you don’t want to make a habit of winning too often,” said McGehee. The third baseman restarted his major league career in Miami last season after a stint in Japan. He moved overseas after getting bumped down the lineup. “I had confidence in myself or otherwise I wouldn’t have tried to comeback to the states and play.” McGehee’s boost of confidence can be credited to his off-season training in Jackson. “It plays a big role in it,” said Mcgehee. “I was able to play in 160 of 162 games, which is the most I ever played in.” Helping McGehee adjust back to the American style of play was former UT Martin football All-American and now speed and strength specialist Nick Stamper. “Honestly, I’m not surprised. Me and Casey have been doing this for a long period of time,” said Stamper. McGehee says the next step is go out and do it again. “Try to build on that and continue to improve every day and every year,” said McGehee. The Miami infielder finished the season with 76 RBI, the highest in Marlins history by a player with four or fewer home runs.