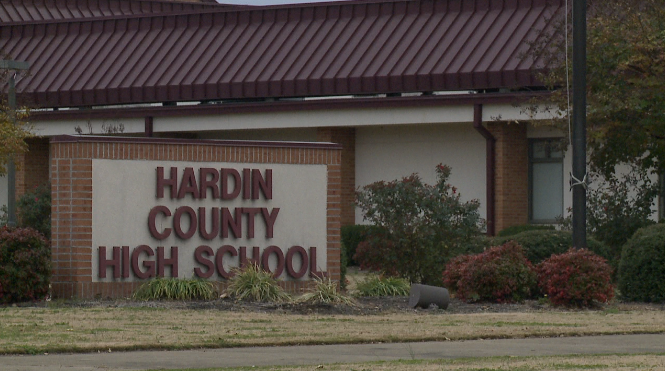 SAVANNAH, Tenn. — A Hardin County educator’s suspension due to a pending criminal investigation has parents asking questions. “I’ve had several calls, and I think the majority of parents are concerned,” Hardin County School District Superintendent Mike Davis said Tuesday. Davis said just like parents, the school district is waiting for answers after the suspension of Hardin County High School teacher Jason Hunt. “I think that at this point it’s early on,” Davis said. “There’s got to be more facts come out about it, and I’m waiting obviously to have more facts about it from the sheriff’s department.” The Hardin County Sheriff’s Department was unable to release any information Tuesday, but the school district confirms Hunt was suspended due to a criminal investigation. Hunt’s district personnel record shows in his 13 years teaching in the vocational department of the district that he was given a warning for a 2010 incident, accused of making negative remarks about another educator in front of students. Parents told WBBJ 7 Eyewitness News they are waiting for more facts. “We don’t know if he’s guilty yet,” Bill Ritter, a Hardin County High School parent said. “If he’s guilty, then he should be kicked out.” “It’s always regrettable when an educator sees fit to go wrong,” said Jerry Fowler, who has a grandchild at the school. “I believe the school system here is competent from Mr. Davis down.” While on indefinite suspension, Hunt is not earning a paycheck from the district. Superintendent Davis said Hunt could receive back pay for the time he misses if he is cleared of all wrongdoing and the school board deems it necessary.