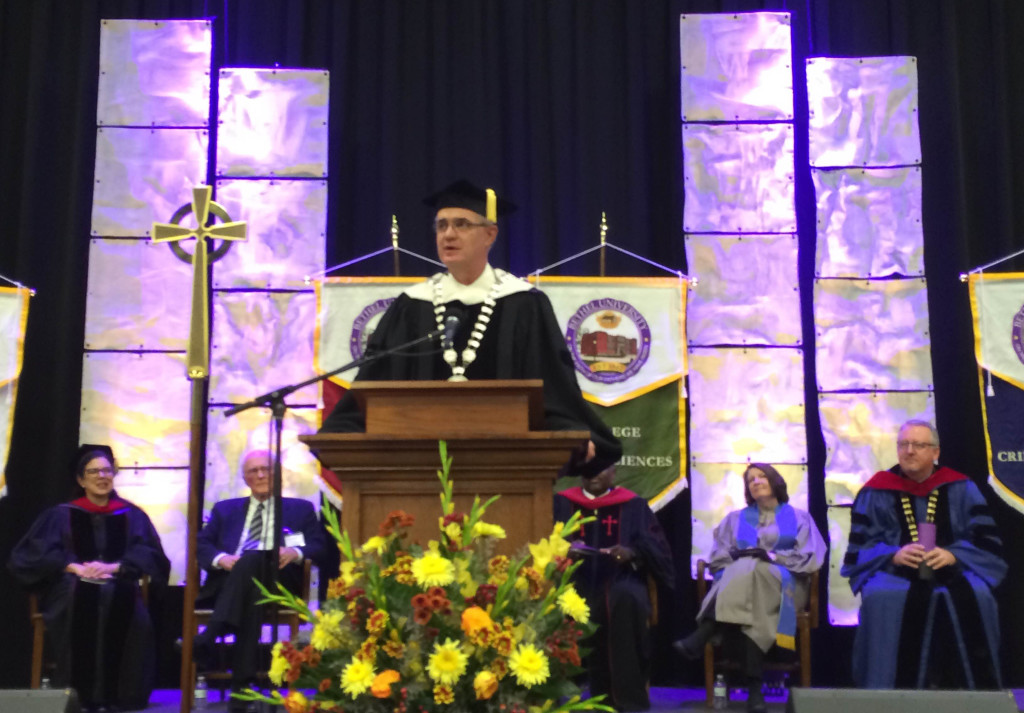 McKENZIE, Tenn. — Bethel University inaugurated a new president Thursday. Dr. Walter Butler, named the university’s 40th president, is no stranger to the Bethel. He attended school as an undergraduate where he received his bachelor’s degree and MBA. Not only did Butler attend Bethel, but his children did as well. “It’s humbling, but yet it’s pretty awesome to tell you the truth,” Butler said. “I feel a lot of weight on the shoulders, but I’m working with a great group of faculty and staff.” “We have the best student body of any place you could be at,” he said. Butler says he plans to retire the university of its debt and expand its faculty.