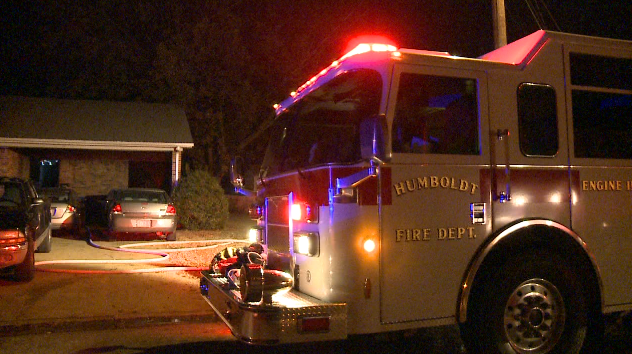 HUMBOLDT, Tenn. — A stove fire leaves an elderly man seriously burned Wednesday night. Due to the severity of his injuries, he was airlifted to a Memphis hospital. Firefighters were called around 8 p.m. to the home on Dowsley Drive in Humboldt. Crews said several rooms were gutted by the flames. Family members of the 70-year-old victim said he had something on the stove that sparked the fire. “There was a pot on the stove, and it burst into flames,” Glenn Weddle said. “So me and him tried to put it out, but it was just too tough for us to put out.” There were four other people in the house at the time. They said initially everyone got out safely, but the 70-year-old went back inside. When he re-emerged, they said his clothes were on fire. “Once I got out, he was still in there,” Weddle said. “Later, he came out through the back door, and he was on fire, so I put him out the best way I could.” Humboldt Fire Chief Chester Owens said there were working smoke detectors in the home. As of Wednesday night, he said nothing appeared suspicious but an investigation will be conducted.