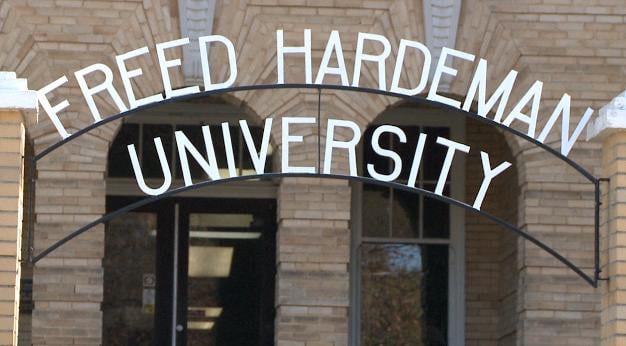 HENDERSON, Tenn. — In just more than two weeks, Bill Cosby is set to take center stage at Freed-Hardeman University in their annual benefit dinner on Dec. 6. However, allegations of rape against the beloved comedian are back in the spotlight, and that may make the school rethink their choice. In recent days, decades-old sexual assault allegations against the comedian have resurfaced. Cosby has refused to comment in interviews and upcoming talk show appearances have been canceled, including “The Late Show.” University President Dr. Joe Wiley said as of now, Bill Cosby will headline the dinner. “I think we’ll just have to wait and see how this whole thing plays out,” Wiley said. The Church of Christ-affiliated university said Cosby was chosen because of his appeal to alumni. “The decision to bring Bill Cosby in was made long before any of these allegations came out,” Wiley told WBBJ 7 Eyewitness News on Monday. “Obviously, our desire is to make sure whatever we do on behalf of the university enhances our mission and helps us achieve our mission.” Freed-Hardeman’s benefit dinner will raise more than $1 million for the university this year. The school’s president said it is the cause, not the speaker, that fuels the funding. “Their real interest is benefiting Freed-Hardeman and students with scholarships,” Wiley said. “We’re not going to do anything that’s going to embarrass the university.” Wiley says if the benefit dinner was Monday night, Bill Cosby would be their speaker.