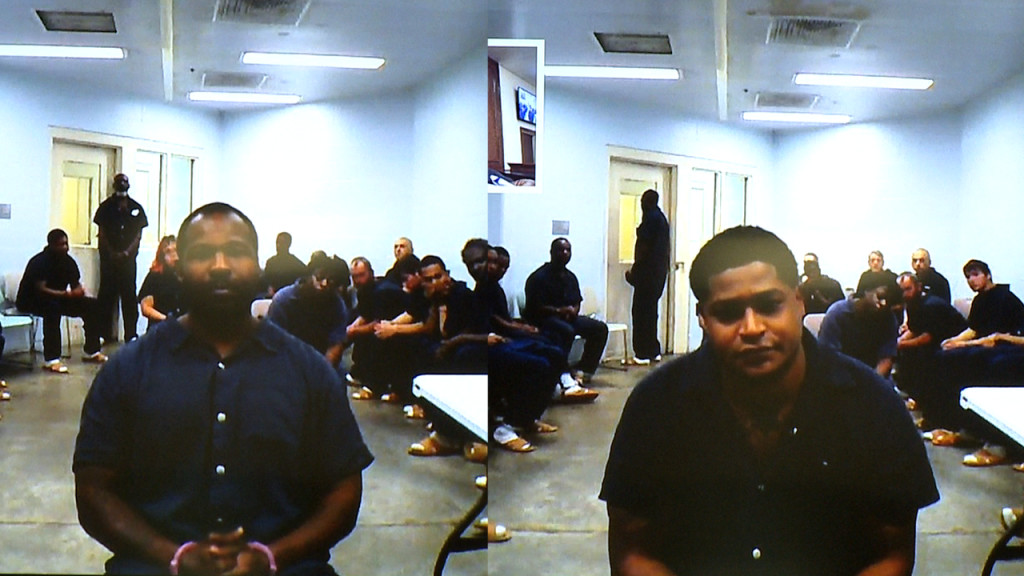 JACKSON, Tenn.–Police arrested two suspected gang members accused of attacking a woman in West Jackson. “I ain’t did nothing for real,” Daniel Cole said. “I ain’t did nothing.” A suspected gang member claimed his innocence in Jackson City Court on Monday. Cole and Demarcus Crawford both face an aggravated assault charge. “All of the sudden out of the blue for nothing, she’s saying that I did this,” Cole said. “I mean it’s crazy.” According to an affidavit, the victim told investigators Crawford hit her on the head with a bottle last week at an address on Hollywood Drive. According to an arrest warrant, the victim told investigators as she was coming to she saw Cole standing over her with a gun pointed at her face. The prosecutor told the judge both suspects are known gang members. “When they were arrested both of them they were found with large amounts of gang material, gangster disciples material,” the prosecutor said. Some neighbors said the crime concerns them. “The foundation of the problem is this, young children don’t have parents,” Nelson Montgomery said. The prosecutor told the judge both suspects are convicted felons, Crawford for drugs, and Cole for a gun charge. “I am on supervised release out of federal court,” Cole said. Both suspects are being held at the Madison County Jail in lieu of $100,000 bond each. They are scheduled to return to court Nov. 28.