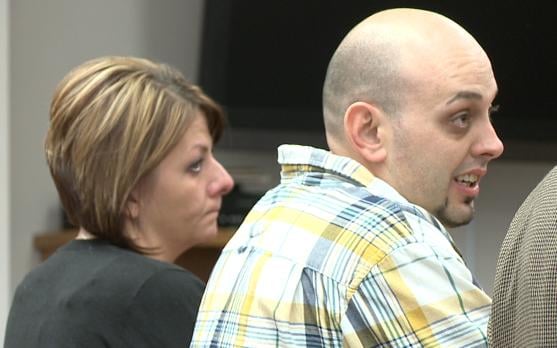 HENRY COUNTY, Tenn. — The couple accused of hiding crystal meth in teddy bears waived their right to a preliminary hearing Tuesday. Chris Barcio and his girlfriend, Melissa Axley, were arrested in June after a search warrant led to the discovery of the drug-stuffed bears. The couple was arrested in June at a home in Puryear after police dogs helped track down narcotics. Their attorney said both came to the decision to waive their preliminary hearing independently and let a grand jury decide if there is enough evidence to go to trial. “Both of them made the same decision,” Hugh Poland said. “There was an offer, and they didn’t want to accept that.” Assistant District Attorney Paul Hessing would not comment on what the offer was but said the state did not oppose the couple’s decision. “From the state’s point of view, when that happens the state’s burden is to show that it was more likely that a crime was committed and more likely it was committed by them,” Hessing said. According to an affidavit, Barcio and Axley are accused of stuffing a teddy bear with about 39 grams of meth packaged for dealing. Their attorney said he has not made a decision yet if he will represent the suspects. “I have no plans at this stage at all,” Poland said. Hessing said he discussed what the couple could potentially be facing if found guilty. “And it came clear that we weren’t going to reach an agreement,” Hessing said. Axley and Barcio are each free on $15,000 bond. A grand jury will hear their cases March 2. The couple is then scheduled to return before a judge on March 9.