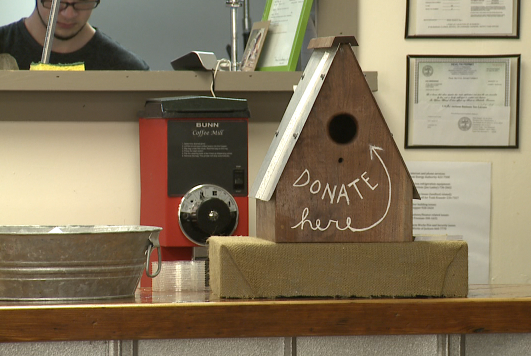 JACKSON, Tenn. — A year since they opened, The ComeUnity CafÃ© in downtown Jackson is just getting started. Their mission — to love, to feed and to dignify. “I found this place. This is my second home,” volunteer Jimmy Gray said. Gray is now retired but was looking for good conversation and a good place to eat when he stumbled upon something he said changed his life. He was transformed from a patron to a volunteer in a meal’s time. “It’s just a fun place to be,” Gray said. “Once you come in that door, it’s magical, and the atmosphere is just beautiful.” The ComeUnity CafÃ© served its first meal only a year ago, reaching out to many others just like Gray. Jesse Perkins has led the team at the cafÃ© since they opened the doors and said they haven’t looked back since. “It’s kind of like a melting pot for different parts of the city,” Perkins said. No one is turned down something to eat, even if they can’t pay. Menu prices are suggested donations. “We can’t employ a lot of people, but hopefully we can set them down at a table where someone might be able to give them a chance,” Perkins said. Volunteer a shift and receive a warm plate in return. Perkins said when they originally had the idea, 50 to 60 people were coming into the cafÃ© each day. That number has tripled in the three hours they’re open. Keeping the nonprofit growing depends on the good will of others. “I always wanted to volunteer, but I never had a reason why, so this gave me a reason why,” volunteer Nicole Gilliand said. There’s no doubt about how fresh the food is either. The produce is grown in their own garden, and the lettuce grown there will end up on your salad plate. The owners said their food is made using as much local produce as possible, and while the menu changes daily, the mission stays the same. “I enjoy the concept and the people I get to shake hands every day with,” Gray said. “The people that come here, it makes the job more fun.” Since ComeUnity CafÃ©’s opening, they said they have plans to expand their location into the upstairs area. In that space, they want to pursue a bread kitchen to make their sandwiches even fresher, and to create more jobs. The cafÃ© also has started a jobs program to train individuals and get them back on their feet.