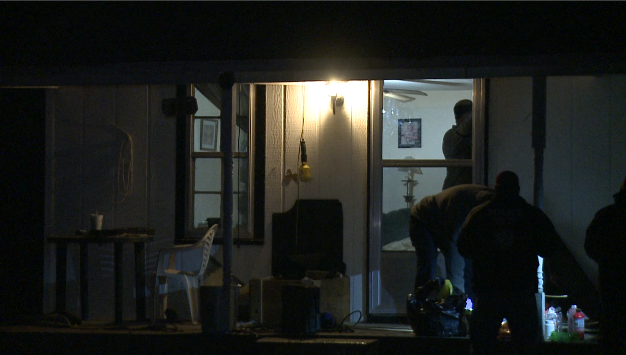 GIBSON COUNTY, Tenn. — A large scale meth lab discovered in rural Gibson County, Tuesday night. Investigators with the Gibson County Drug Task Force said they were looking for a known fugitive at 375 Old Dyersburg Highway in Dyer when they discovered the lab inside the home. Deputies said they currently have two people in custody and expect charges to be filed against them Wednesday morning. Gibson County Sheriff Paul Thomas said the task force has been working hard over the past month to clean up the area. “This is a rural part of Gibson County that routinely in the past didn’t get a lot of attention from the sheriff’s office,” Sheriff Thomas said. “So our drug task force has been working actively up here lately to make a difference.” The Gibson County Drug Task Force is made up of deputies from the sheriff’s department as well as officers from the Milan, Humboldt, and Trenton Police Departments. Sheriff Thomas said if you believe drug activity is happening in your neighborhood you can call the Gibson County Sheriff’s Office at (731) 855-1121.