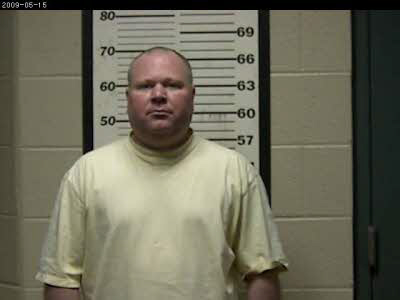 CARROLL COUNTY, Tenn.–The Carrol County Sheriff’s Department said a man is in jail after he tried to kill his own wife. Sheriff Andy Dickson said the shooting in the couple’s driveway started as an argument between Jason Nelson and his wife. “I think there was an argument that had escalated,” Dickson said. Neighbors said when they heard the shots they knew something was wrong.”It sound like a lot of loud firecrackers going off,” said one neighbor, who did not want to be identified. Sheriff Dickson said it is rare for a fight between a couple to escalate to the point of gun fire. “There was some things that had went on there that resulted in Mr. Nelson being charged with attempt to commit second degree murder,” he said. According to court documents, Nelson fired at his wife Monday morning. One of the shots is said to have gone through the head rest of the car where she was sitting. She was not injured. Neighbors said they heard the gun go off in the middle of the night at least six times. “I didn’t know if it was somebody riding around shooting or trying to shoot deer. Deer seasons open now, but it’s muzzle loader so it shouldn’t have been that fast,” said one neighbor. He said it is not uncommon for people to hunt in the area, but did not think the gun used was a rifle. “It sounded more like a pistol than it did a powered rifle, as quick as they were shooting rounds off,” one neighbor said. Sheriff Dickson said deputies have not responded to any prior instances between the couple and Nelson does not have a criminal history. Investigators said the case is still open and it is possible more charges could be added. Along with attempted murder, Nelson is charged with possession of a firearm while attempting to commit a felony. Nelson is being held in lieu of $100,000 bond. His preliminary hearing is scheduled for December 3.