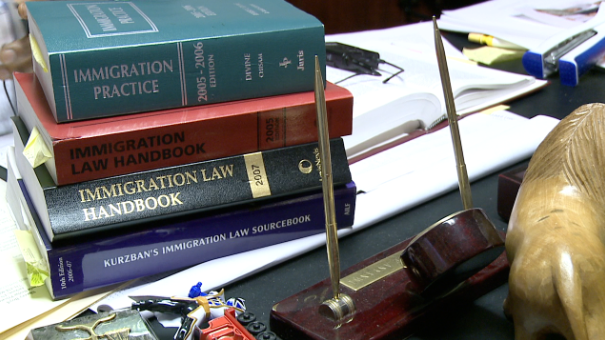 JACKSON, Tenn. — “I acquired my citizenship in 1993. I was so happy that I could actually vote,” Dr. Bede Anyanwu told WBBJ 7 Eyewitness News Friday. Anyanwu came to the United States from Nigeria in 1985 to earn an education. Today, he practices law in Jackson and said he is the Hub City’s only immigration lawyer. Anyanwu said the proposed immigration reform is based on the core of what this country is about. “This beloved country is a country of immigrants,” Anyanwu said. “His proposal goes to the heart of family unity.” But other residents in Jackson have concerns about the reform. “What are we going to be out as taxpayers to cover the expenses of illegals?” said Shirley Johnson of Jackson. “For the children to go to school? For their healthcare? It goes on and on and on.” “If it’s controlled. I really don’t have a problem with it,” resident Willie Carney said. “If it’s not, then something needs to be done about it.” “Hopefully the Senate makes the right decision and looks out for Americans first before we can look after other people,” Damien Washington said. President Obama’s immigration reform plan is expected to be met with a fight from the Republican-controlled Congress. Republicans have not hinted as to what steps they may take to block the President’s action.