Puppies from alleged Humboldt puppy mill get closer to adoption 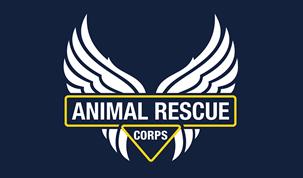 JACKSON, Tenn. — All of the dogs rescued from an alleged puppy mill in Humboldt earlier this month have been handed over to placement partners, according to Animal Rescue Corps. Those working with the animals will continue to provide medical treatment to the dogs and also will spay or neuter if needed, according to Michael Cunningham with the rescue group, which was involved in the initial investigation. Some of them are ready for adoption and have been sent to several rescues in Tennessee, Florida and the Washington, D.C.-Maryland area. The nearest shelter is Goofy Foot Dog Rescue in Huntingdon. Others were sent to foster homes for rehabilitation and to teach them skills they may be lacking because of the abuse, Cunningham said. At least one of the puppies has died, Cunningham said. He said it is unclear if the death was due to the conditions because the particular litter was so young. For information on adoption, visit animalrescuecorps.org or like them on Facebook to see photos of adoptable pets.