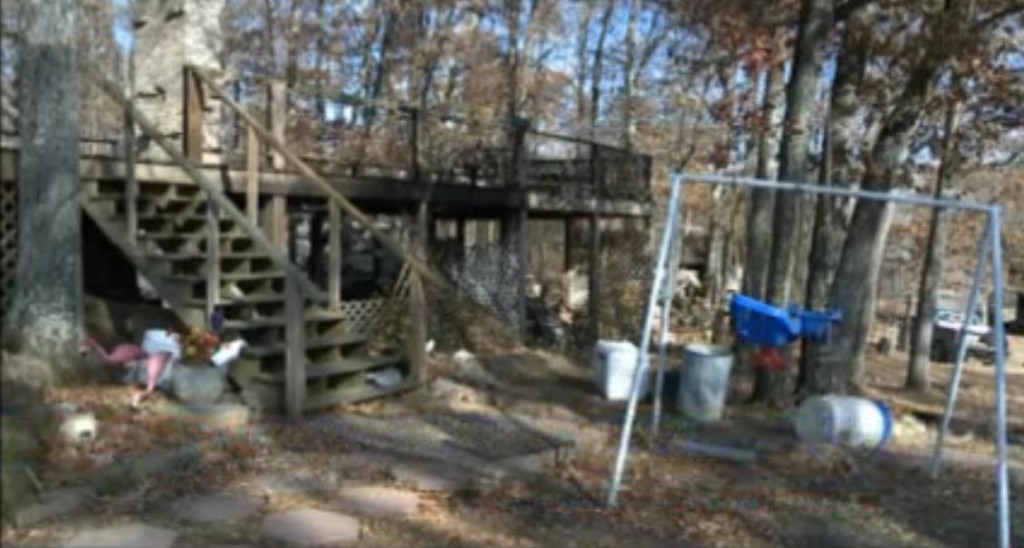 BUCHANAN, Tenn. — A devastating weekend fire in Buchanan leaves a family with no home just days before Thanksgiving. All six of the seven family members who were home at the time of the fire were able to get out safely. However, they were not able to save two of their dogs, a cat and all of their belongings. “It all just still feels like a dream to everybody,” said Destiny Plunkett who lived at the home. “Everybody’s torn up. Everybody still cries.” Destiny said she was sleeping in the basement with her husband and son early Sunday morning when she woke up coughing. “Because of all the smoke, and we realized the whole house was filled with smoke, and we ran into the living room, and our living room was on fire,” Destiny said. Destiny’s husband, Cody, said the rest of the family already had escaped to his grandmother’s house next door when he tried to save their home. “I got the water hoses right outside the basement door and ran back in the basement and was trying to put it out with a water hose,” Cody said. Paris Landing Fire Chief Tammy Hinson said the fire started in the basement around 3 a.m. Sunday. Though the cause is still under investigation, it is not considered suspicious. Neighbors and community members have been stopping by since Sunday donating whatever they can. “We’ve had a huge show of support from the community,” neighbor Sharon Hinson said. Hinson said the support the Plunkett’s have seen is overwhelming, but they need more. “Food, anything you can think of that would be helpful if you suddenly woke up and had lost everything,” Hinson said. The family is currently living with other family members. The family said they believe the cause of the fire is electrical. Fire crews are still investigating. The family needs clothing in these sizes: Women’s clothes sizes: 1, 12 and 14 Women’s shoe size: 7 and 8 Men’s jeans/pants: 31 x 34 Men’s tops: medium Men’s shoes: 11.5 There are two toddler boys who wear sizes 12-18 months and size 5-6 shoes. The family is in need of any items for children of that age including toys. Donation points for the items are Eastside Auto Repair at 45 Muzzall Street in Paris or at a family member’s home next door to the burned-down home on Eagle Creek Road in Buchanan.