Ferguson crowd erupts in anger at no indictment 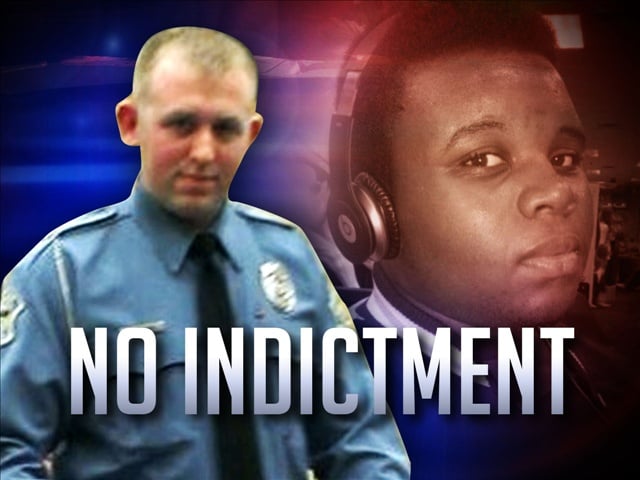 FERGUSON, Mo. (AP) – A crowd gathered in Ferguson erupted in anger, throwing things at police and knocking down a barricade as a county prosecutor announced that police Officer Darren Wilson will not face charges in the shooting death of 18-year-old Michael Brown.

As St. Louis County prosecutor Bob McCulloch read his statement on the decision Monday night, a crowd gathered around a car from which his news conference was being broadcast on a stereo. Brown’s mother, Lesley McSpadden, sat atop the vehicle.

When the decision was announced, McSpadden burst into tears and began screaming before being whisked away by supporters.

The crowd converged on a barricade where police in riot gear stood along the street. They pushed the barricade down and began pelting police with items, including a bullhorn. Officers stood their ground.