Man charged with assaulting Jackson officer; was subdued with Taser 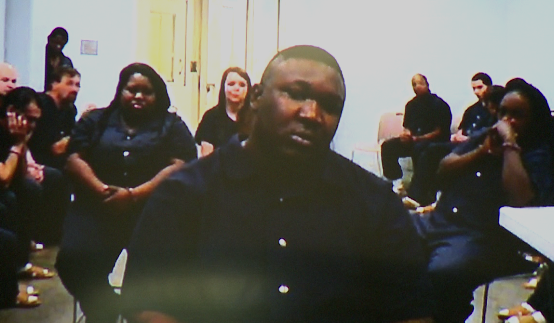 JACKSON, Tenn. — A man accused of assaulting a Jackson police officer faced a judge on Monday. Police confirm the suspect was subdued with a Taser following a weekend traffic stop in West Jackson. A traffic stop on Old Hickory Boulevard led to the arrest of Devin Long, who appeared before a judge Monday on multiple counts including drug and gun violations, evading arrest, and assault on a police officer. “It really doesn’t surprise me cause I’m afraid we’ve had way too many shootings in this area,” business owner Shirley Wernimont said. Wernimont owns a bakery not far from where investigators said they stopped the suspect Saturday evening. “It is very concerning, you know, being a business owner, that there is crime in the area,” she said. When police pulled Long over, officers said he threw a bag with Xanax and hydrocodone on the ground then allegedly took off running. According to an affidavit, the officer caught him, they fought, and police said Long was subdued with a Taser. Investigators said the officer was not hurt. Police said they also found a loaded firearm inside the vehicle. Wernimont said people in the area have to be careful and watch out for each other. “There are several of us in the shopping center that do have our handgun carry permits,” she said. Long is being held at the Madison County Jail in lieu of $100,000 bond. He is scheduled to return to court Dec. 4.