Local NAACP to participate in national march from Ferguson 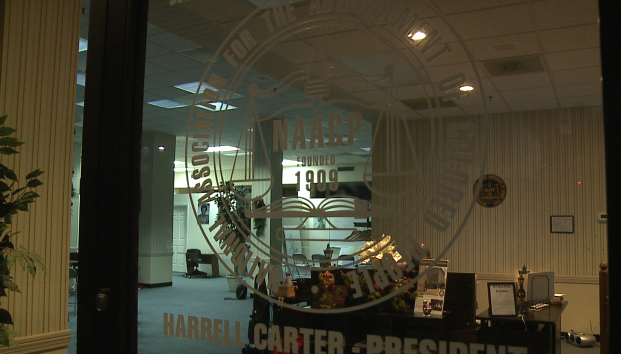 JACKSON, Tenn — Local NAACP members plan to participate in a peaceful march Saturday from Ferguson, Mo., to the state’s capital. After countless hours of unrest and hundreds of people claiming there is no justice for Michael Brown, the NAACP is taking a new approach. “What you’re seeing there is a lot of people who have lost hope,” Jackson Chapter President Harrell Carter said. “Certainly we encourage peaceful demonstrations. That’s what we’re all about.” The organization announced it will march at 7 a.m. Saturday from Ferguson to Jefferson City. Carter said they will make a statement while teaching lessons. “We’ll go 25 miles a day. In the evening we’ll stop, have prayer, have training sessions for individuals, in particular our young people as to how to address the police and authority,” he said. At the end of the seven-day trip, protesters will ask Missouri Governor Jay Nixon to think about issues that have come to light since the fatal shooting in August. “Things such as racial profiling, things such as overusing the force of police power, training police officers,” Carter said. “Police officers in a lot of cases are fearful of the people they commit to serve.” He said at least nine others from Jackson will spend their holiday weekend participating in the march. “It’s not the moment, it’s the movement — and the movement is ‘we’re tired.’ We’re tired of fighting for the rights and privileges that we all deserve,” Carter said. The national president for NAACP, Cornell Brooks, said they also will be asking for the ouster of the Ferguson Police Chief.