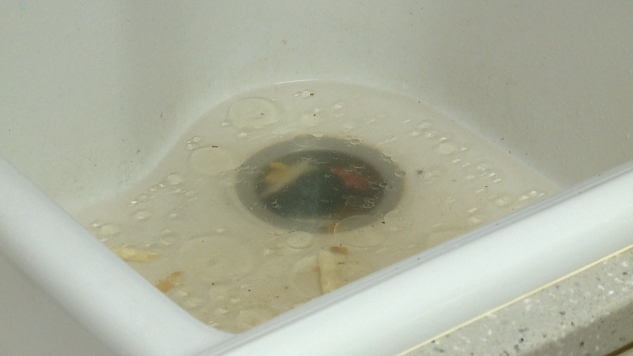 JACKSON, Tenn. — Plumbing company officials in Jackson said that Thanksgiving is a business booster, and one cause is stopped-up drains due to household grease from Thanksgiving dinners. Employees at Tim Ferguson’s plumbing in Jackson said they see a 33 percent increase in business during the Thanksgiving Holiday. They said one of the causes is not just from what is on the stove, but common household grease. They said oils in vegetable particles put in the garbage disposal can just as easily create clogs. “During Thanksgiving, potato peels always seem to be the No. 1 item that stops a kitchen sink,” said Jared Counce, home comfort adviser for Tim Ferguson Plumbing. He recommended those at home with these clogs to first fill both sides of the sink with water and turn on the garbage disposal. “A lot of times the centrifugal force of the garbage disposal will create enough pressure to unstop the sink,” Counce said. Employees also said a major factor in causing these clogs is an over reliance on garbage disposals. They recommend to rake off the bulk of the mess in the garbage, before turning on the disposal. Operations Manager Jacob Hamilton said calling a professional is worth it even though plumbing emergencies may dampen the festive mood of the holiday. “Seems to stop up at the most inopportune time at Thanksgiving when you can have a houseful of people, and it is the worst time for it to stop up,” Hamilton said. Both officials said proper drainage maintenance is the best way to prevent future plumbing disasters.