The lights are bright in West Tennessee 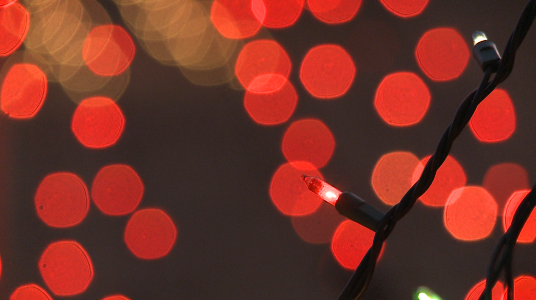 BROWNSVILLE, Tenn. — Some homeowners in West Tennessee began preparing their light displays months ago. Some say it’s something they look forward to all year. The Markowski light display has been in the works since September, and it’s finally time to put it all to the test. “I’ve got over 250,000 lights, and I’ve lost count after a while,” David Markowski said. Markowski has one of West Tennessee’s largest light displays, a tradition he says goes back a while. “When I was a kid, me and my brother always lit our house up in East Jackson, and we didn’t have a big house,” Markowski explained. While Markowski’s display sits in Brownsville now, there are some in Jackson who are keeping the Christmas spirit alive through lights, lights, and more lights. Melvin Lindsey said when he first moved to Jackson, he felt like the Grinch really had stolen Christmas. “Nobody did any Christmas lights, so I decided, ‘Hey I’m going to start collecting some lights and every year it gets larger, larger, and larger’,” Lindsey explained. Now he just has one problem – “Pretty much about to run out of room, so…,” Lindsey said. For Markowski, his dreams have come true of running his own drive-through. “It’s kind of always been a dream of mine to have a drive-through Christmas display. I love the season and I love making people happy,” Markowski explained. Lindsey said it only takes one strand of lights to make people smile. “For me, Christmas is year-round. Not just one day, this is just sharing my Christmas with somebody else and hopefully they’ll get the spirit,” Lindsey said. Markowski said it’s a spirit only Christmas can bring. “There’s nothing like being out here at night hearing the kids screaming and hollering, the oohs and the ahh’s, the picture taking,” Markowski said. Markowski’s light display is open every night starting Saturday until New Year’s Eve and is free to drive through. He said, yes, his electric bill only goes up a few dollars during the Christmas season. They’re located at 1675 Coburn Road in Brownsville. Find them on Facebook – Markowski Christmas Lights