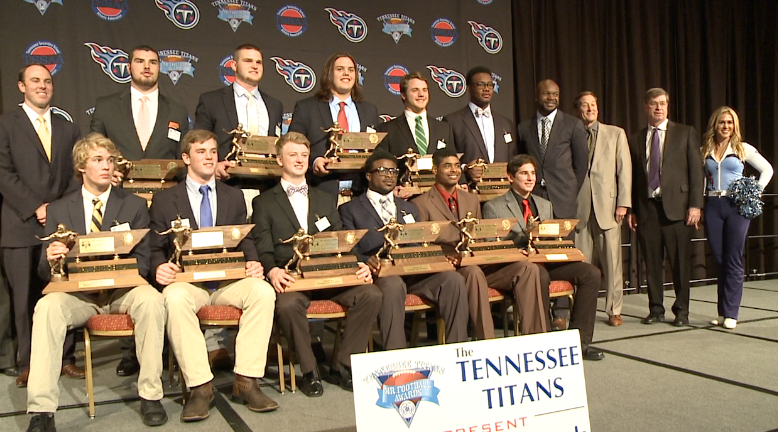 MURFREESBORO, Tenn. — The state’s best high school football athletes hit center stage Monday afternoon with all 33 standouts fighting to be named a 2014 Tennessee Titans Mr. Football Award winner. “We’re a pretty small school. It’s a new accomplishment for us,” said Union City’s Ricky Henry. The same goes for Trinity Christian Academy. Senior Kyle Akin is the only finalist in school history. “It’s something to put out there. Hopefully, college coaches look at it and say they want this kid,” Akin said. In his second invite to the Mr. Football awards, Akin was paired against tough competition. One of them being Henry. Taking home the Class A Back of the Year was the Lion. “I can’t really tell you how it feels. I don’t have a word to describe it. I’m in awe.” While Akin was the only West Tennessee winner, all locals says they’re proud of their accomplishments. They hope the honor inspires others. “It lets the class and grades below know they can do it too,” Henry said. Here’s a list of 2014 local finalists: Johnny Jones: Crockett County Trey Smith: USJ Tristan Jernigan: Union City Ricky Henry: Union City Kyle Akin: TCA