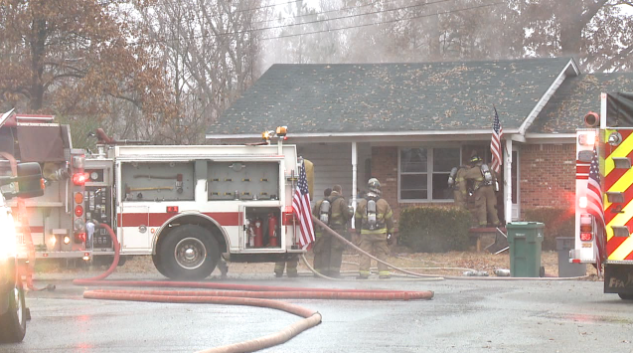 EAST JACKSON — A family is without a home following a Tuesday morning fire. Jackson firefighters were called around 8 a.m. to Chipwood Drive in east Jackson after a neighbor reported the fire. “I went to the front door and knocked on it crazy like to make sure nobody was in there, and it was smoke, like smoke damage, coming through the door,” neighbor Jacob Quinn said. Investigators say the home suffered extensive damage from both smoke and water. No one was home and no injuries were reported.