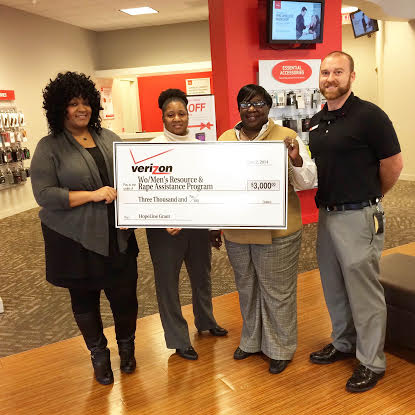 JACKSON, Tenn. — There is Black Friday, Cyber Monday and now local nonprofits said they are using a new holiday, Giving Tuesday, to gain support within their community. Mamie Hutcherson, finance director with the Wo/men’s Resource and Rape Assistance Program, said the holiday is an easy way to connect the community with their local nonprofits. Hutcherson said the organization received $3,000 as part of Giving Tuesday. “For us at WRAP, it means everything,” Hutcherson said. “We will be able to serve more survivors of domestic and sexual violence in West Tennessee.” She said the holiday was spread mostly through social media to reach every demographic possible. Some who live in Jackson said they did not know about the holiday but were glad to hear it exists. “It is the first time I’ve ever heard of it, but I think it’s actually good for people to give to the charities,” Alycia Hogan said. Hutcherson said donations generally are taken until midnight Tuesday for nonprofits celebrating Giving Tuesday.