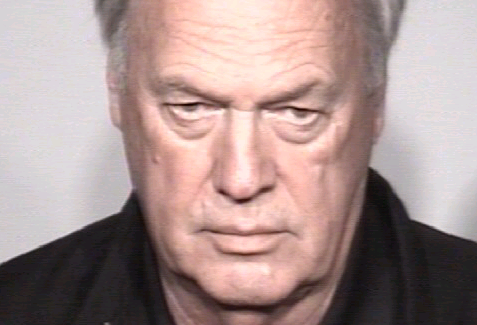 JACKSON, Tenn. — After a six-month investigation, misrepresentation, fraud and forgery are only a few words outlined in the indictment against Jerry Elston. Elston, a retired Madison County Sheriff’s Department lieutenant, is indicted on 52 counts of obtaining controlled substance by fraud. The documents lay out allegations of months of illegal activity to get his hands on addictive pain killers. He is accused of trying to get prescriptions written and filled for the pain killers hydrocodone, codeine and Trezix. “A patient can get a prescription one day and can go to another pharmacy or another physician within a day or two and the information will not have been logged,” said Dr. Peter Gardner with Physician’s Quality Care. Gardner is not affiliated with the case but says pharmacists and physicians are required to use a medical database to record patients prescribed certain controlled substances. Legally, the system must be updated every seven days. “What happens a lot of times is a physician gets busy, doesn’t want to check the website,” Gardner said when asked about how over-prescribing might happen. The documents show there were several times Elston would drop off a prescription within three to four days of each other. Elston allegedly visited at least six different doctors during the investigation from January through June. Gardner said “doctor shopping” is common in Tennessee. Sheriff John Mehr said there currently is no internal investigation into the retired deputy. Mehr said he does not think Elston had access to drugs seized from investigations. “Only the evidence technicians would have had access to it,” Mehr said. “I have not heard any indication from anybody about any indication that he’s had access to the evidence.” Mehr says he does not think Elston could have taken medications from the jail pharmacy. He says all those prescriptions are sealed when handed out to the inmates by the doctor on staff. The indictment includes no allegations of wrongdoing while on the job.