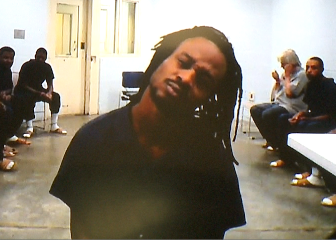 DOWNTOWN JACKSON — A man who was arrested after a Monday night attempted robbery has been charged with attempted first-degree murder. Gregory Devon Griggs was in Jackson City Court Wednesday morning. One of the victims, Lisa Moore, told WBBJ 7 Eyewitness news how it all happened. Moore said she was walking with her husband to get food from a local gas station on Airways Boulevard. She said they were walking through an abandoned gas station when Griggs came out from behind them and tried to rob them. Moore said Griggs then demanded money and she told him they didn’t have any. Griggs then told Moore’s husband he would shoot her if he did not have any money. She then said they began to run. “I was so naive. I really thought he was just trying to scare us, but that wasn’t the case,” Lisa Moore said. Moore said once she turned and ran, she heard the gun go off. She then described the feeling of the bullet whizzing by her head. “I could feel the bullet pass by my head,” Moore said. “When the gun went off, I felt the burn and wind from the bullet.” Police say they spotted Griggs walking down Hatton street and that he ran when they approached him. Officers soon caught up to Griggs and discovered a .22-caliber pistol with one used round inside. Griggs has been formally charged with attempted first-degree murder, aggravated robbery, evading arrest and two weapons charges.